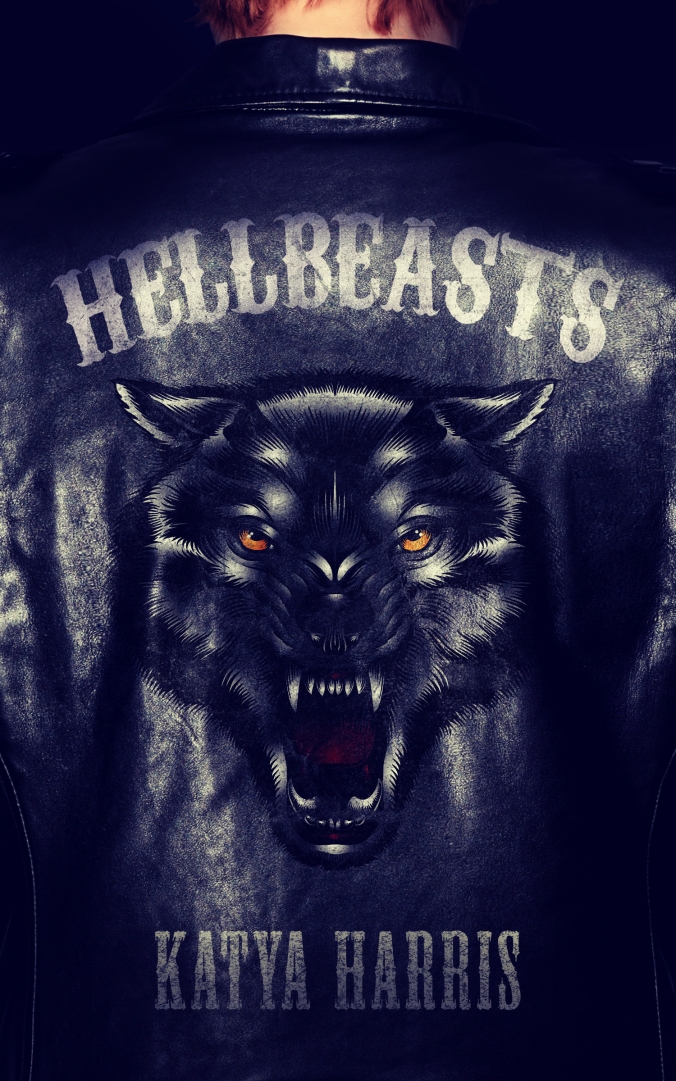 When restlessness drives Shadow out of his MC’s clubhouse and into the night, the last thing he expected was to find a half-dead werewolf. Shadow has never been known for his altruism, but he takes the wounded man back to his motorcycle club, the Hellbeasts.

Rand doesn’t know who attacked him, but suspects at least one person from his own pack is involved. But even that might not be as bad as waking up in the midst of a group of misfit weres who don’t seem to like him. Especially Shadow, the man charged with taking care of Rand, as compelling to Rand as he is frightening.

But before he and Shadow can work out what exactly they are and want to be to each other, Rand’s attackers show up to finish the job.

Shadow needed to run. The urge had been itching beneath his skin all day and now that the sun was down and the moon had risen, he couldn’t fight it anymore. The moon might not control a were’s change like humans believed, but it still felt nice to run with the moonlight on his fur.

Surging up from his seat, Shadow said, “I’ll be back.” His voice was already a rough growl.

The others looked up. Scattered already the clubhouse’s main room, his brothers were drinking, gambling and, in the case of Blaze and Venom, all but fucking some of the town girls who had decided to come take a walk on the wild side.

“You want some company, brother?” Blaze asked as he walked by. The blonde in Blaze’s lap pouted at his question, her scarlet-tipped fingers clutching onto his shoulders as if she could hold him to her.

“No. I’m all right on my own.” Tonight, he didn’t want to worry about being sociable.

Blaze didn’t argue with him. After giving Shadow a measuring look, he went back to feeling up the blonde.

Leaving them to it, Shadow walked outside. The door closed behind him, and the tension that had been winding his body tight started to lessen. The night was cold, bordering on freezing; the last dregs of the day’s heat had been wisped away into the clear desert sky hours ago. His breath plumed in the air, a dense white cloud. It was the perfect time for a run.

Shadow wandered into the night, away from the clubhouse. The compound that was the club’s home was nearly a mile outside of town, and there were no lights out here except the moon and the stars. It didn’t matter; Shadow could see perfectly well, his eyes changing from human to wolf between one blink and the next. When he reached the far corner of the compound, he stripped out of his clothes. After leaving them in one of the little cubbies built into the concrete block wall, he let go of his humanity with a grateful sigh.

The change from human to wolf was pain and bliss and sharp-edged relief. Shadow groaned as he settled into the shape he had always found more comfortable than his two-legged one, giving himself a shake to release the last little bits of tension clinging to his fur.

Stretching first his front end and then his back, he sniffed the air. The familiar scents of home and the clean, burnt-glass smell of the desert night filled his lungs. A faint hint of something warm and fluffy caught his attention. Shadow licked his muzzle. A cottontail. It made him wish he hadn’t eaten all that barbecue for dinner.

A rundown pickup truck—one of Talon’s projects—was parked against the wall. A jump on top of it and then Shadow was sailing over the wall. His paws hit the ground with satisfying thuds, the shock of impact waking up every cell of him with a jolt, and he was off, racing into the night.

The desert stretched out before him, a seeming endless alien vista of rock and sand that was in some ways still as strange to him now as when he had first come here six years ago. It was so far removed from the lush green forests he had run in when he was younger, it might as well be another planet. The scents were different, but the nighttime cold was the same: a crisp, almost-iciness that ruffled his thick fur and stung his nose and mouth. It would take so little, just a small exercise of memory, to imagine that the desert’s scorched-glass smell was really the clean, sweet astringency of evergreens and snow. He could pretend he was back there, running through the forests of his youth, his pack all around him, and everything right in the world.

Skidding to a stop, Shadow lifted his head and howled. His song warbled through the night’s silence, a melody of pain and longing that made the stars shimmer against their black velvet backing.

Nothing was right with the world. Not tonight, anyway.

He howled again, this time anger threading through the plaintive sound.

Shadow’s song ended on a savage growl. He propelled himself further into the night, away from the clubhouse and his pack.

No, not his pack. Not the one he had been born to. They were his club, the brothers he had chosen. The ones who had chosen him.

This site is for 18s and over.

My Tweets
© Katya Harris and misskatyaharris.wordpress.com, 2015. I hereby assert my rights as the author/creator of the original material posted on this site. Unauthorized use and/or duplication of this material without express and written permission from this site’s author and/or owner is strictly prohibited. Excerpts and links may be used, provided that full and clear credit is given to Katya Harris and misskatyaharris.wordpress.com with appropriate and specific direction to the original content.
Loading Comments...
%d bloggers like this: